Contact me
To discuss a photographic project, exhibition, a commission or for enquiries about print sales please feel free to contact me by phone or email:

Contact Me
Please let me know how I can help

Newsletter – please sign up below to receive occasional updates

Amelia Shepherd is a freelance photographer specialising in documentary, travel reportage and portrait photography alongside interiors and staging photography. Amelia has a particular interest in creating photographic installations and exhibitions. She lives in Brighton, UK.

Originally from Herne Bay a small seaside town in the South East of England, she moved to Wales to study English Literature at the University of Bangor. After 10 years of travel and working in the travel industry she pursued her career in photography where in 2007 she graduated from the University of Westminster with a BA (Hons First Class) in Photography. In 2011 she graduated from London College of Communication with a Distinction in an MA in Documentary Photography and Photojournalism.

Amelia’s work explores the role of representation in documentary photography where the interface between artist, participant and audience is intermingled. She frequently chooses a collaborative approach with her subjects to investigate narratives with multiple voices. She works on commissions, self-defined projects and exhibitions and makes photo books which have appeared in several shows including at Photobook Show and Hotshoe Gallery.  She is published, her work has appeared on the BBC News online and Amelia regularly exhibits. Her work Peacehaven in III Parts was selected for Photoworks’ Magazine Showcase  and Amelia has been funded by the Arts Council England. 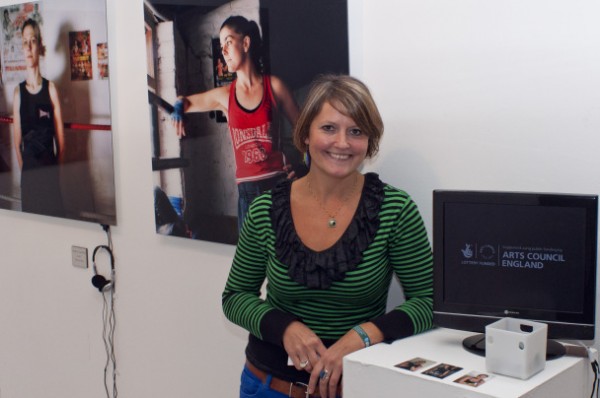