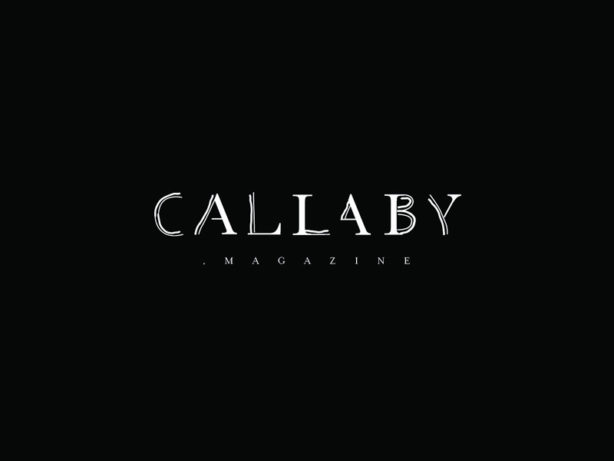 Amelia Shepherd is a documentary and reportage photographer based in Southeast England. She studied at the London College of Communication, graduating from the Photojournalism and documentary MA. ‘Female Fighters’ is an on going series of photographs that we at CALLABY magazine LOVE!! We took a sneak peak and had a chat with Amelia to find out more about the work and this is what she had to say.

Could you tell me a bit about the ‘Female Fighters’ project?

Female Fighters investigates representations of women in the sport of kickboxing. It aims to present the viewer with the antithesis of a stereotypical ‘female’ portrait, viewers are confronted with images that appear to present females in a masculine way. During the process of making the project I am also exploring the notion of female multiple identities and the identities that are imposed upon women. Interviewing the female sitters in this series provides the space for these notions to be discussed. The final presentation of this piece, aimed for an exhibition in late 2012, will have photographs along with audio excerpts from these interviews.

Why Kickboxing, is there something about that particular martial arts practice?

I focused on kickboxing, as it’s something I do. I started kickboxing 4 years ago and during this time my desire to make a project about mine and others’ experiences in the sport developed. Firstly I wanted to dig deeper into what ‘compelled’ me and my fellow fighters to participate in a full contact sport. Secondly, I was interested in other people’s reactions to women participating in the sport. The more I progressed and the more I fought and spoke to fellow sparrers the more I became convinced that it was rich ground for analysis on many levels.

I don’t think the project would have taken such an investigative approach had I for example been focusing on female hockey players. Not to take any level of intensity away from other sports but I felt (and I am sure this is widely the case) that because it [kickboxing] is still a fairly unusual sport for women to participate in, it is inherently interesting for an audience and those competing in it to try and understand more about it.

What do you think is the general attitude towards female fighters?

I would say that opinions are divided. Whilst there are many who are fully supportive and see female contact sports as natural a thing as men’s contact sport, I genuinely think there are a lot of people who think women shouldn’t be fighting. The concept is alien to many. The fact that 2012 is the first year in the history of the modern Olympic games that recognises female boxing as a sport speaks volumes.

Where are the boxers based?

Currently the female fighters are all based in and around Sussex/Kent and fight for a Brighton based club. I am currently working out the logistics of possibly visiting other locations and potentially photographing other full contact sports women such as boxers.

You state that this is not a portrait project, why have you chosen portraiture as a medium for this particular series of work?

I have stated it is not a portrait project to detach it from a purely topographical analysis. From the outset this work was concerned with the multiplicity of selves, which I believe as females we harbor within us. My reasons for choosing post-sparring moments to ‘click the shutter’ for the portrait are because I am interested in the transitional time which exists when the female sitter ‘comes back to herself’ after the adrenalin high of sparring. I have chosen the portrait format as a platform from where to interpret this work in a variety of ways. There will be those who read the work in terms of representations of genders, those that take the topographical analysis and those who read each image for it’s documentary qualities. I am pleased that the work (hopefully) encourages diverse readings.

There are similarities throughout the series in the way the women are sitting for the photographs. Were they directed or is this coincidence?

I asked the women to take a seat on that bench in the changing room at the club and because the space was limited there weren’t too many options, as to how they could sit. It’s really interesting though; many of them either leant forward with hands clasped on knees or leant back and rested their arms on their legs. I was aware of not over-directing my sitters but was also aware that having a portrait shot, one on one, with me was for many of them a relatively ‘formal’ experience and I was asked how they should sit. It reminded me of the school portraits many of us have sat for in our childhood. For the majority this would likely have been the first time since those school portraits that they were having a portrait taken, so their wanting direction was totally understandable.

I believe that in the changing room space, post sparring outside the ring, the women start to respond to the social pressures separating the two spaces and this is apparent in their behaviour and appearance. The small time frame between two worlds is like a marriage of opposites – of aggression and vulnerability, defiance and submission, frustration and calm and ultimately varying ideas of masculinity and femininity.

How easy was it for you to convince women to sit for you?

Actually there was very little resistance and I have been surprised how willing most people were to be photographed. In fact there were a number of sitters who were delighted to be involved and in their own words ‘love kickboxing so much’ are pleased to do anything to help promote it. Of course there were some who didn’t want to partake and others who wanted to know more about my reasons behind the project but on the whole it’s been met with vast enthusiasm which makes it a lot easier for me!

How many women/ photographs are in the series?

At the moment there are 12 women involved. I might well photograph and interview more over the next few months. But in terms of how many of those women’s images will be used in the exhibition later this year that will be decided as the work progresses.

So this is an ongoing project?

Yes it is. There is still some way to go. What you see on my site the moment are edits in progress really. I plan to shoot some of those women again, possibly introduce another location and possibly photograph new sitters too. At this point I feel I certainly have some powerful images that no doubt will appear in the final piece. However, there will be more to see. There might well be another angle on this project, something new in terms of the visual aesthetic which will come out as the concept develops. Watch this space!